Next title released in Japan 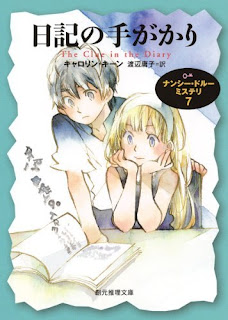 Here is the cover of the next story from Tsogen of Japan - The Clue in the Diary. Guess that's Ned peering over Nancy's shoulder helping her decipher the Swedish in the diary. Glad that they are continuing to publish these - hope they are selling well.
Posted by Lea at 11:50 AM No comments:

The Girl with the Dragon Tattoo 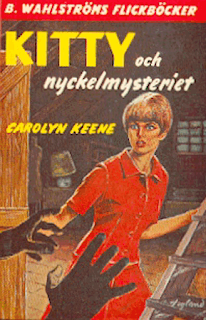 I recently stumbled across a foreign edition Nancy Drew reference in an unexpected place - in the best selling thriller The Girl with the Dragon Tattoo, by Stieg Larsson. At one point a journalist is researching the September 1966 disappearance of a teenage girl named Harriet Vanger and investigates her father's cabin. An excerpt from page 319 reads:

Of the books, about half were mystery paperbacks from Wahlström's Manhattan series: Mickey Spillane with titles like Kiss Me, Deadly with classic covers by Bertil Hegland. He found half a dozen Kitty books, some Famous Five nivels by Enid Blyton , and a Twin Mystery by Sivar Ahlrud...

While I was reading this, I smiled a little to myself at the reference to Bertil Hegland, who was the illustrator for the original Swedish translations of Nancy Drew, but my smile only got wider when I saw that Kitty was mentioned in the next sentence! By the way the name is simply thrown out, with no explanation of who Kitty is (i.e., doesn't need any extra information such as the name of the author, as in Enid Blyton) that leads me to believe that Kitty is pretty universally known in Sweden, similar to the way that Nancy Drew is a commonplace cultural reference in the US, even for people who have never read any of her mysteries.

To accompany this post I am uploading the cover of Kitty och nyckelmysteriet (The Clue of the Black Keys) which is the Swedish translation that was published in 1966, the year of Harriet Vanger's disappearance. Naturally the cover is one of Bertil Hegland's.
Posted by Lea at 4:44 PM 3 comments:

Does anyone speak Korean? Okay, so this may or may not be the Holy Grail of foreign edition Nancy Drews - a copy in Korean! From a library database, I had previously confirmed the existence of a single volume from the series that was translated into Korean, but I did not know what the book looked like. 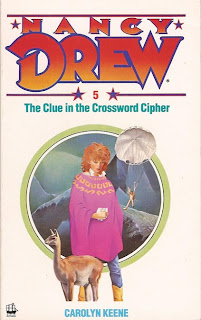 I found this image online, and it certainly looks like it could be a translation of Crossword Cipher. In fact, the llama, parachuter and Andean poncho are all very reminiscent of the Armada (British) cover from the 1980s. Furthermore, in the British numbering system, Crossword Cipher is #5 and there is a "5" on this cover. What's cool about that is that maybe there were 4 (or more!) other titles translated into Korean.

So if anyone out there can translate the text on this cover and possibly confirm that this is indeed a Nancy Drew title, I would be so thrilled! Next hurdle - finding an actual copy for my collection!
Posted by Lea at 3:51 PM 2 comments: 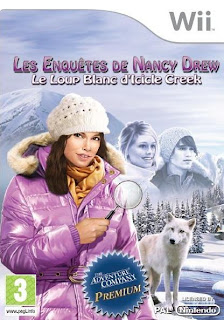 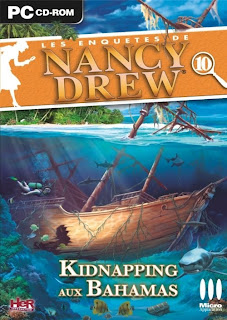 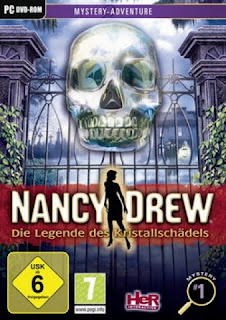 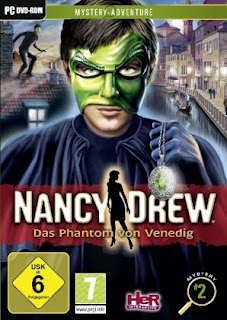 dtp Entertainment AG has released 2 titles from the Her Interactive library in German. #1 is Die Legende des Kristallschädels (Legend of the Crystal Skull) and #2 is Das Phantom von Venedig (Phantom of Venice).