Another language added to the lexicon: Farsi! 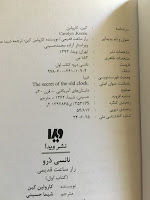 I've been sitting on an exciting announcement about another language that we can add to the lexicon of foreign edition Nancy Drews: Farsi (or Persian as it is often called) - this brings our count to 30 (or 31 if you count the Queen's English as a "translation").  I did not want to broadcast my findings until I had some editions in my possession to confirm their identity as Nancys, and I finally received some this week.  The copyright page does definitively state the original title of Old Clock and the author as Carolyn Keene - yippeeeeee!

When I first saw an image of these editions (on Instagram of all places) I initially thought they were Arabic based on the lettering.  But after trying to get a coherent translation of the book's title from Google, the site helpfully "detected" that the phrases were in Farsi, not Arabic.  Suddenly the titles such as Black Key Riddle and Curved Chimney began to make sense.


Once I had unlocked the mystery of the Farsi titles I was able to explore deeper into what editions were available.  Currently there appear to be 2 publishers that have Nancy titles on the market: 6 from Vida and 16 from Hermes.  So far I have only been able to get copies of the Vida titles, so if anyone has any Iranian friends who would like to help in acquiring the Hermes books, please contact me.  There are also some miscellaneous older editions that appear to be "one off" printings but I don't know much about them at this time.


It's been a little difficult to determine when exactly these were printed as there appears to be a different calendar system in Iran.  My best guess is that the Vida books were released around 2014 and I am just not sure about the Hermes books.

It's so exciting to know that there are still foreign edition Nancys to discover ... and acquire! 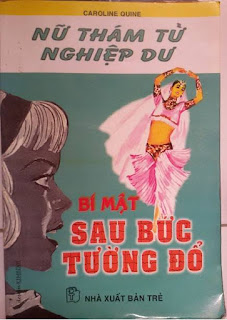 By some kind of dumb luck I stumbled across a Facebook post where a nice person in Vietnam posted the 4 covers of the series called "Nữ thám tư nghiệp dư" (female amateur private detective).  I immediately recognized the Albert Chazelle covers from the French Hachette "Alice" books, which was then confirmed by the author's name on the books of Caroline Quine.  Since Vietnam was a French colony until the 1950s it is not too strange that these editions call Nancy by her French name.

The stories released by this publisher from1998-9 are Crumbling Wall (picture attached), Old Attic, Red Gate Farm and Leaning Chimney.  I think they are probably paperbacks since I note some folds to the covers but don't know for sure.  Is anybody out there in Vietnam who wants to help me acquire some of these editions?
Posted by Lea at 10:45 AM No comments: 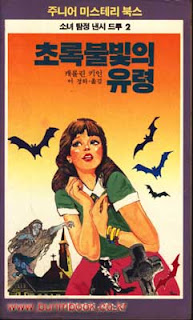 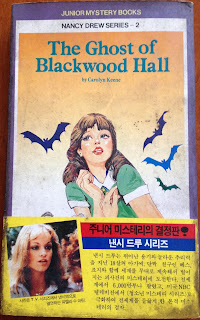 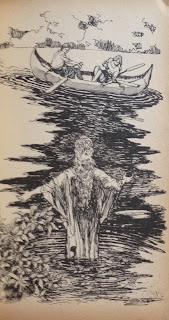 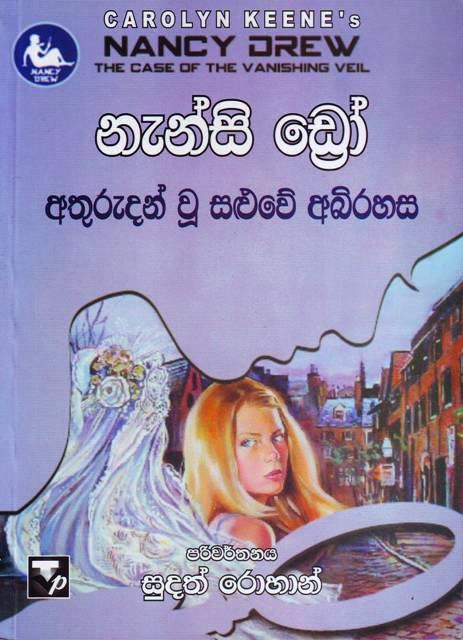 Anyway, I decided to so a little research to learn about the pretty curlicue Sinhala alphabet since it was new to me.  The alphabet is written from left to right (similar to English) and it is derived from the ancient Brahmi script, which is also related to Tibetan, Javanese, Khmer and the Burmese "mon" scripts.  Generally speaking the characters mostly represent consonant sounds and vowels are expressed by accents or added curls (collectively called diacritics).  This is kind of like a didactic lesson I would normally get from reading a Nancy Drew story!
Posted by Lea at 2:02 PM No comments: 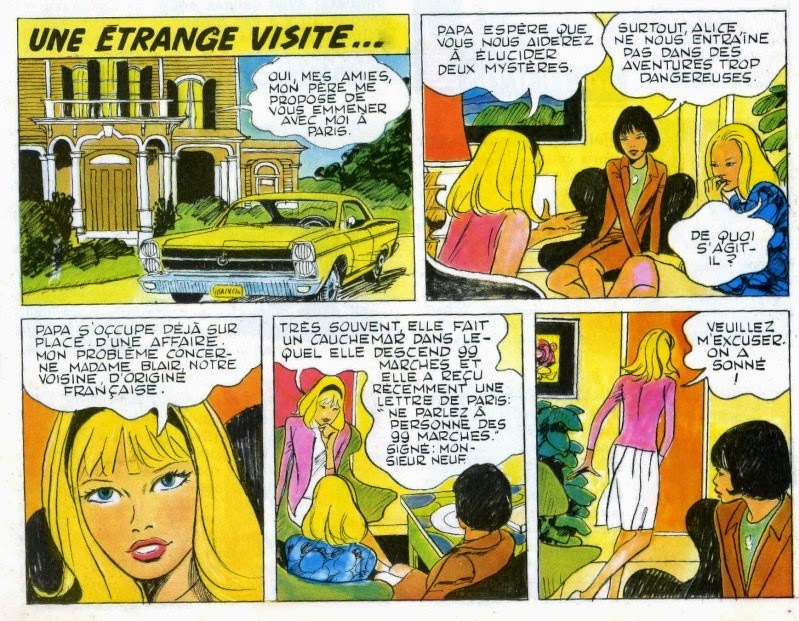 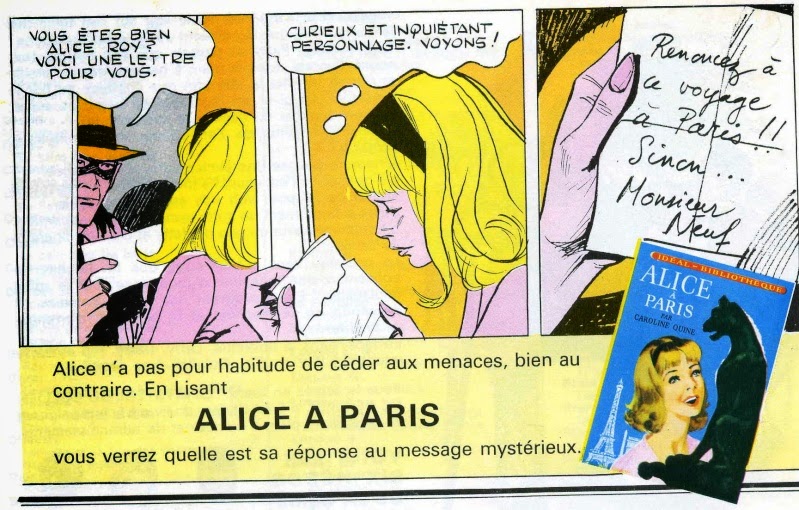 This appears to be some kind of proto graphic novel for the French market of Alice à Paris (99 Steps) - not sure if this is a promo only or if the book was actually put into production.  I've never encountered an actual copy of this edition - does anyone out there know what this is, or when it is from?
Posted by Lea at 4:28 PM No comments:

Siri Salma titles 1-8 (in the Malaysian numbering system) appear to have been re-released by Fargoes with new cover art.  The new covers look like they are computer generated and sometimes seem to have no relation to the story.  The one pictured here is Missing Map and at least it has a map and a treasure chest.  This company has re-vamped the series many times over the years; I can think of at least 6 different formats just off the top of my head. 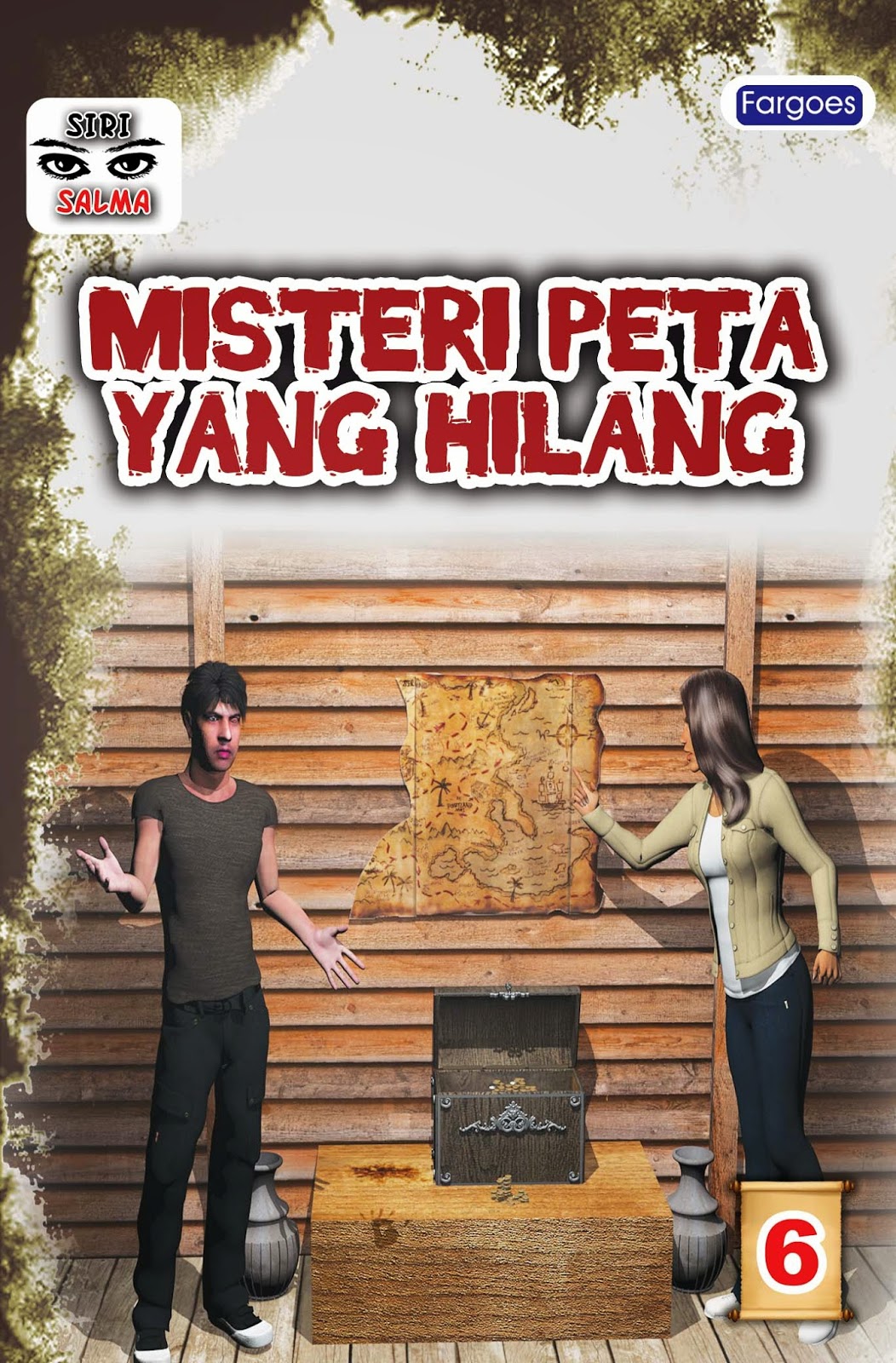 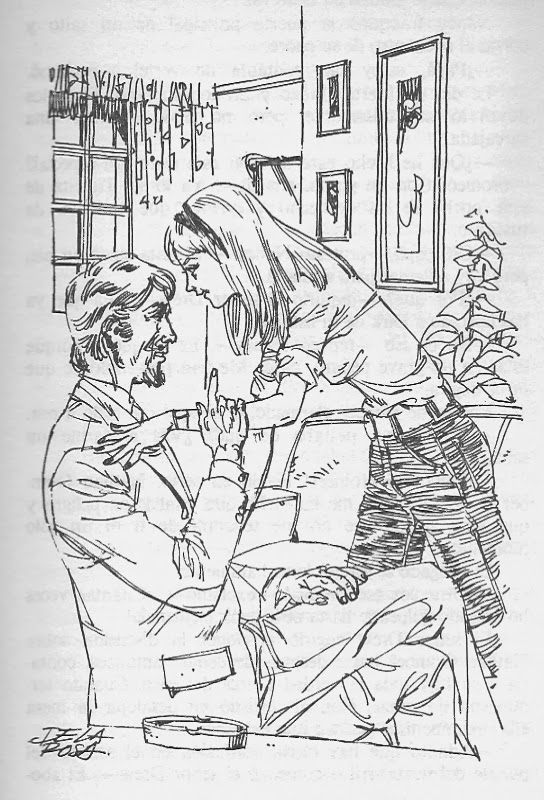 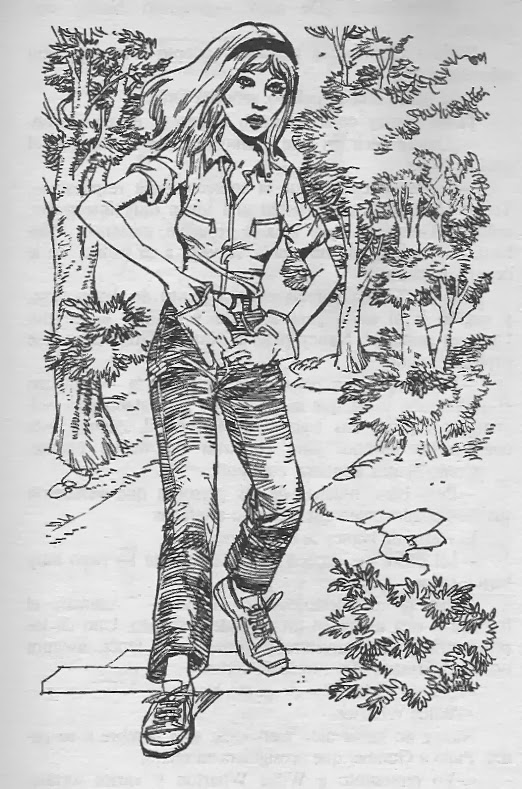 I finally received delivery of my new Spanish PC - there were delays caused by the holidays.  So, there are some really weird internals in these books.  The internal line drawings are very awkward and check out the one of Nancy persuading(?) Carson on some point or other.  And then there's the one of Nancy removing her garden gloves - not the usual action packed scene depicted in the internal illustrations.
Posted by Lea at 4:36 PM No comments: